TBILISI – Georgia’s Urban Management and Development Group is working on a plan to create a network of bike lanes in Tbilisi in an attempt to curb the city’s endemic traffic problems and promote eco-friendly transportation, the group’s head 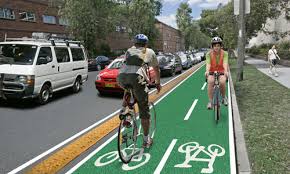 “The project currently exists at the conceptual level. We are working on the project treatment documents for the inaugural routes, after which a budget and deadlines will be determined,” said Jokhadze.

According to the concept, the bike network project will be carried out in several stages to create safe biking routes, parking places, equipping above-ground public transportation with bicycle grips; gradual reorganization of traffic in favor of bicycles.

The initial stage of the project will cover major routes in the city’s central core, focusing on both banks of Tbilisi’s Mtkvari River.